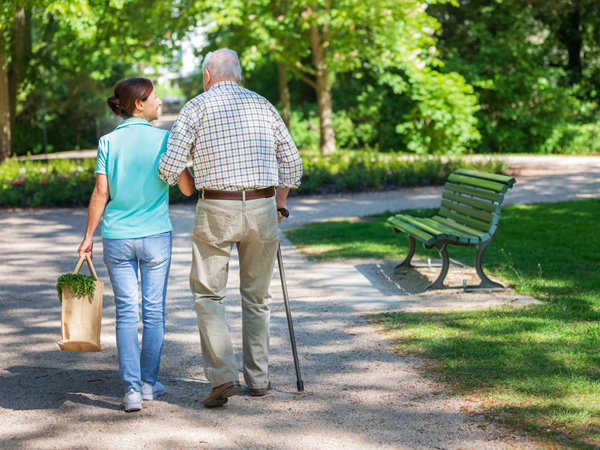 According to a recent report by the Joint Center for Housing, “Housing America’s Older Adults 2019,” home location and access to socially engaging activities and supportive services are among the important housing concerns for older adults.

Medical advances and other demographic changes have increased life expectancy in the United States, and seniors now represent a higher percentage of the U.S. population than ever before. For the most part, however, the nation’s housing stock and other physical infrastructure, such as transit, were not built to accommodate the physical and social needs of the senior population. How builders and policymakers work to adapt the built environment to accommodate an aging population will significantly affect Americans’ quality of life as they age and how equitably access to senior-friendly spaces will be distributed. For older adults, housing can be a foundation for well-being. On October 18, 2019, “Aging in [a] Place,” a symposium convened by the Joint Center for Housing Studies (JCHS) of Harvard University in concert with the Hastings Center, explored the question of how practitioners, policymakers, and theoreticians in planning, design, and medicine can ensure that all seniors have access to the resources needed for a vibrant, self-directed lifestyle as they age.

Thinking about what an aging society means

An aging society is defined as one in which more people are over the age of 65 than under the age of 15, a shift that is becoming more pronounced in American society and that has consequences for housing. Jennifer Molinsky, senior research associate at JCHS, presented some key findings from a recent report from JCHS, “Housing America’s Older Adults 2019.” Over the next 20 years, households with members in their 80s will be the nation’s fastest-growing age group, and one-third of all households will consist of seniors 65 and older. Housing presents acute concerns for seniors in several areas. The cost of housing is a key factor in financial security, especially as incomes decline in later life; the physical characteristics of housing determine levels of safety and independence possible for occupants; and a home’s location is important for access to socially engaging activities and supportive services, especially for health care administered at home. These practical considerations also sit alongside the importance of home in a person’s memory and for promoting stability during a time of many life changes. Access to affordable and suitable housing during aging is, however, unevenly distributed, and existing social inequalities can compound differences in the way people experience their later years.

Nancy Berlinger, research scholar at the Hastings Center, framed the issue of the aging society through a bioethical lens, asking questions to critically unpack assumptions about aging. Those engaged in questions of aging, she argued, need to be aware of how assumptions about who is responsible for elder care, such as families, or who is deserving of care, such as longtime residents, might exclude certain people. Berlinger also asked audience members to be mindful of how terms such as “needs,” “choices,” and “luxuries” might be applied differently by people of differing means. Berlinger cautioned against certain tropes used to describe aging, including blaming people for “living too long” or “failing to plan.” Misguided framings, she argued, can obscure less obvious ethical obligations. For example, given our aging society, asking what is owed to the human workforce engaged in elder care is an important ethical question. For more in-depth discussion of the ethical issues involved with aging, Berlinger directed audience members to a recent Hastings Center report that discusses the importance of housing and community.

Health care is an issue that demonstrates the complexities of thinking about housing and aging, as healthcare institutions, embracing their role as community anchors, increasingly become involved in building and funding affordable and supportive housing. Lauren Taylor, a doctoral candidate in health policy at Harvard Business School, cautioned against excessive optimism that this model would be sufficient to address the housing needs of an aging population. Current efforts linking senior housing to healthcare institutions operate at a scale significantly smaller than the extent of the need, and it may not be possible to expand this approach to meet the demand for housing. According to Taylor, healthcare organizations, including insurers, are likely underestimating the true value that age-friendly housing provides, a complexity that may be beyond their institutional field of vision. In addition, existing inequities in access to health care may reproduce themselves in senior housing, with some individuals receiving benefits, such as home-delivered meals, based not on need but on the ability to purchase adequate insurance.

Putting it into practice

Several presenters spoke about their respective organizations’ work toward making aging in place a reality for all seniors. The projects presented ranged in scale from local to international. Rodney Harrell, director of livability thought leadership at the AARP Public Policy Institute, discussed AARP’s Network of Age-Friendly States and Communities. This nationwide network consists of more than 400 members who, by joining, commit to investigating issues in their communities that affect older adults and to developing, implementing, and evaluating the results of a plan to address those concerns. Robin Lipson, deputy secretary of the Massachusetts Executive Office of Elder Affairs, detailed efforts to promote aging in place in Massachusetts. Lipson described the role of the state as that of an accountable and supportive partner to local government efforts to become more age friendly. By providing a toolkit that supports a range of possible undertakings to communities, the state empowers local action that best fits within existing capacity.

Emily Greenfield, associate professor at Rutgers University School of Social Work, summarized her efforts to conduct a longitudinal study of the age-friendly initiatives of a dozen municipalities in northern New Jersey. Greenfield has been conducting a series of in-depth interviews with leaders of local initiatives, investigating a diverse set of cities to understand how communities achieve systems-level change. Specifically, her research highlights the importance of involving older adults in age-friendly community initiatives in a range of capacities. Finally, Emi Kiyota, executive director at Ibasho, presented some of her firm’s projects from around the world involving working with seniors to create community.

At the heart of the symposium’s discussion around aging was the question of equity, or how to ensure that prior social injustices do not influence people’s ability to age in place. As phrased by Toni Griffin, professor in practice of urban planning at the Harvard Graduate School of Design and director of the Just City Lab, “[A] Just City is where all people and communities, but especially the least not included, have access to networks and environments that offer the opportunities and resources to be productive and prosperous, advancing their social and economic mobility and agency.” By examining both theoretical terrain and on-the-ground efforts, the “Aging in [a] Place” symposium is a robust resource for tackling issues related to an aging American society.